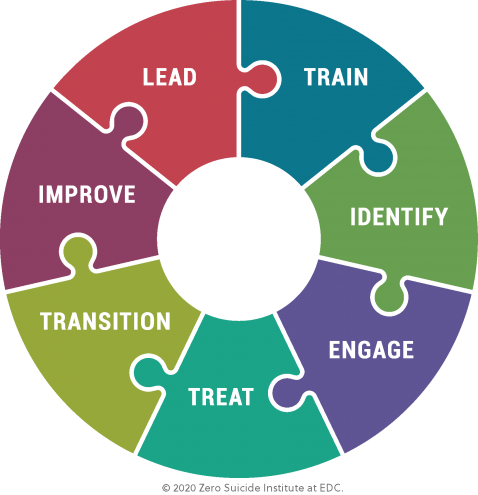 There are numerous ways to prevent suicide. This includes identifying risk factors, listening to your friends’ feelings and limiting or eliminating access to lethal methods.

Identifying risk factors for suicide prevention has become a vital public health issue. This is because suicide accounts for more than 700 thousand deaths annually. It is also linked to a variety of other forms of violence. Nonetheless, there is still much to learn about the causes of suicide and the effectiveness of interventions to prevent it.

The largest body of research focuses on protective factors, which reduce the risk of suicidal behavior. These include things like having a supportive family and friends, effective coping skills, and a stable social network.

There is also some evidence that certain risk factors may increase the likelihood of committing suicide. For example, having a history of suicide attempts increases the risk of a subsequent attempt. Similarly, having a mental disorder at the time of death can increase the risk of suicide.

Research has also examined whether age, ethnicity, and gender affect the risk of suicide. In particular, suicide is more common in white males, whereas suicide rates are lower in Asian and Latino populations.

Listening to a friend’s feelings

If you’re concerned about a friend or family member who may be considering suicide, there are several ways to help them get the support they need. But first, you need to know that helping someone who is struggling with their mental health isn’t always easy.

The best way to help someone in emotional distress is by listening. This may not sound like a fun task, but it’s an important one. You want to alleviate their feelings of isolation and show them you care.

There are also some simple gestures that can be extremely helpful. These include a hug, a squeeze of the hand, and eye contact. They can be especially useful for people who are grieving the loss of a loved one.

If you want to reduce the suicide rate, restricting or eliminating access to lethal means is one of the best strategies. The evidence is strong, and it has been a significant part of many successful suicide prevention programs.

Lethal means include medications, household chemicals, weapons, and other potentially deadly methods. However, some of these methods are more harmful than others.

For example, the use of firearms is one of the most lethal methods of suicide. In the United States, more than half of all suicides involve a firearm. But in some areas, this method has been restricted.

Another common method is inhaling toxic chemicals. This is less harmful, but it can still lead to a very quick death. It is also more reversible.

Restricting or eliminating access to these types of methods is important, but is often not the most obvious of solutions. One way to do this is by storing firearms unloaded and separately from ammunition. A second approach is to change the packaging of medications.

Losing a loved one to suicide can be devastating. Grief is a process that takes time to heal. However, you can find ways to cope with the loss and make it easier on yourself. Taking care of yourself and getting help from others is key.

Survivors of suicide often deal with anger, frustration and shame. They may be hesitant to share their feelings with others.

If you think your friend or family member is considering suicide, seek help immediately. Getting the right help will reduce the risk of further emotional or physical problems.

Bereavement support and counseling can also help you deal with the pain and trauma of losing a loved one to suicide. There are many resources available for people of all ages.

Talking about your feelings is a good first step. It can be difficult to talk about the death of a loved one, but it’s important to do so. Ask friends and relatives for their stories and photos.

Often, the survivor overestimates their own ability to handle the grief. Rather than focusing on the person who died, they try to find someone to blame.