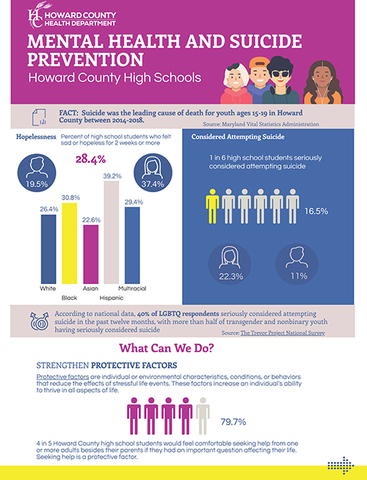 Several causes of youth suicide have been attributed to the decline of family cohesion. Some of these factors are the increasing popularity of drugs and alcohol, and the decline of the traditional family structure. Another major contributing factor is the psychosocial revolution that swept the Western world in the 1960s, which promoted greater sexual freedom and changed family expectations. These factors, as well as other factors, are suspected to have contributed to the high suicide rates. In addition, youth suicide is often hidden from parents.

While youth suicide is an extreme example of a growing mental illness, it is often treatable. If a child starts to talk about suicide, the first step is to identify the underlying psychiatric condition and start a treatment plan. Some signs of adolescent suicidal thoughts include a lack of interest in planning for the future, giving away personal belongings, and reducing plans. Similarly, parents can help prevent youth suicide by limiting access to firearms and alcohol. These substances increase the likelihood of youth suicide.

Despite a wide array of reasons, many factors make youth suicide difficult to understand. Statistics show that approximately one out of every 10 adolescents in the United States will attempt suicide. And this number is not likely to drop unless the issue is addressed. Despite the widespread perception of bullying and abuse, youth suicide rates are actually higher among LGBTQ adolescents than their heterosexual counterparts. Further, youth suicide rates are much higher among First Nations and Asian teens than in other communities.

While these factors have been linked to increased risk of youth suicide, it is difficult to establish a direct correlation between them. The interplay between a wide range of genetic, biological, and social factors is an integral part of suicide. Researchers are working to identify additional factors that may increase the risk of youth suicide. If you know a child with a suicidal tendencies, it’s worth taking steps to prevent their suicide. A suicide prevention campaign should not be just about limiting the use of drugs and alcohol.

The CDC, American Academy of Child and Adolescent Psychiatry, and American Psychological Association have published research on youth suicide. Additional organizations and websites dedicated to youth suicide research include KPWHRI, Zero Suicide, and Mental Health Research Network. Check out these websites for more information on prevention efforts and how to prevent youth suicide. Just remember: youth suicide is preventable and is often preventable. In fact, the risk of suicide decreases with each year, if you address the factors associated with it.

The first step in prevention of youth suicide is to identify the symptoms of suicidal behavior. These signs are not always immediate. But if you notice that a teenager is sad, withdraws from their friends, or talks about dying, this is a strong indicator. These symptoms do not necessarily indicate that a suicide risk exists, but it is important to be aware of the warning signs. But if you have any suspicions about a teenager, get them help immediately.

The next step is to include everyone in the treatment plan. Include the coaches, teachers, and friends’ parents. These people must understand that youth suicide is preventable, but they must also feel safe and be a part of the solution. The goal is to develop positive coping skills that can help prevent suicidal thoughts and attempts. The next step is to make sure that they feel safe enough to continue with treatment. You should keep in mind that they need the support of all areas of their lives.

The statistics show that suicide rates for males and females have increased significantly. One fifth of all deaths in Europe in this age group were by suicide. This represents about 24,000 deaths a year. However, it has not been clear if these numbers have declined in recent decades. They were largely ignored by the media and the medical profession. But the recent increase in youth suicide rates has shown some promising results. It is imperative to continue to focus on youth suicide prevention, particularly for the sake of our children.