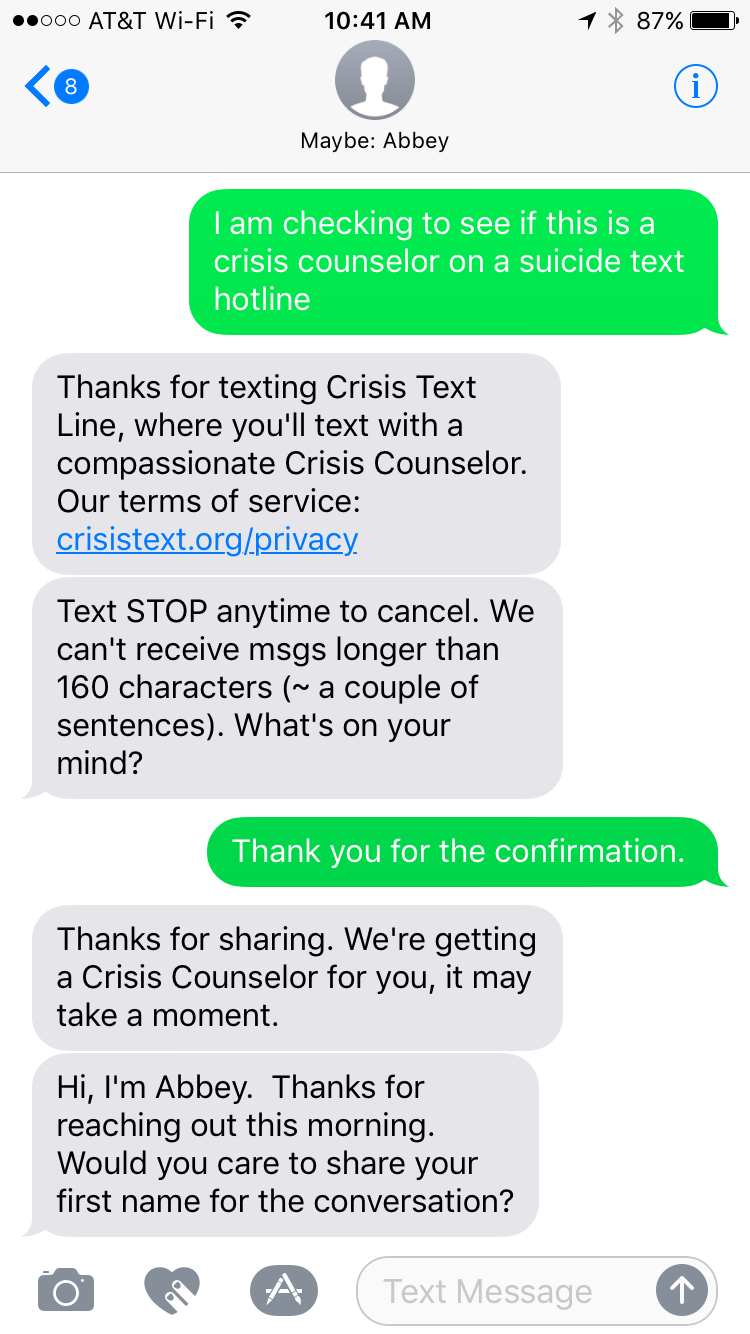 The Crisis Text Line (CTL) is a confidential mental health texting service available to people in the United States, Canada, and Ireland, 24 hours a day. It is provided free of charge and is available to anyone who needs it.

The Crisis Text Line (CTL) is a leading provider of crisis text-based services in the U.S. Anonymized data from the CTL has helped researchers and practitioners better understand the psychosocial issues of texters. Despite this, little research has explored how a texter’s perception of the effectiveness of a CC’s service may be associated with their outcomes. This study aims to fill that gap.

A total of 81,056 texters participated in the study. Their demographics included gender, age, and race. They were asked to answer a series of questions about their demographics. These questions were used in a series of analyses to assess the relationship between their texter’s demographics and their perceptions of the effectiveness of the CC’s service.

A new study of Crisis Text Line (CTL) texters examines associations between texters’ perceptions of the effectiveness of the CTL’s crisis text service and their race or ethnicity. The CTL is the largest provider of crisis text-based services in the U.S. and has anonymized data on the behavior of texters. By examining the effects of texters’ perceived CTL’s effectiveness, the study addresses a crucial knowledge gap about the disparities in mental health care quality in the U.S.

While the results of Crisis Text Line’s pilot study were promising, more studies are needed to gauge the long-term effectiveness of a text message hotline. Studies also need to examine the relationship between outcomes and engagement with a CC.

During the study, researchers used latent class analysis to identify distinct classes of texters. These classes were based on the characteristics of the users’ psychosocial issues and the frequency of CC use. The authors found three general classes of texters, each presenting a variety of psychosocial issues. Those with high rates of abuse and psychological issues were characterized differently than those with lower rates of these issues.

In the study, researchers explored the relationship between first and second contacts with Crisis Text Line, and their subsequent outcomes. They found that the most frequent issues were depression and family concerns. Depressed texters were less likely to report that their conversation was helpful or hopeful. Their odds of self-harm were higher.