Youth suicide is an extremely common issue. This is when a young person intentionally ends their own life. This is generally considered a suicide for a young person under the legal age of majority. The rate of youth deaths is very high in Western societies, as well as in other countries. Here are some ways to help combat this problem. Read on to learn about the many ways you can help prevent the occurrence of youth suicide. Let’s get started! 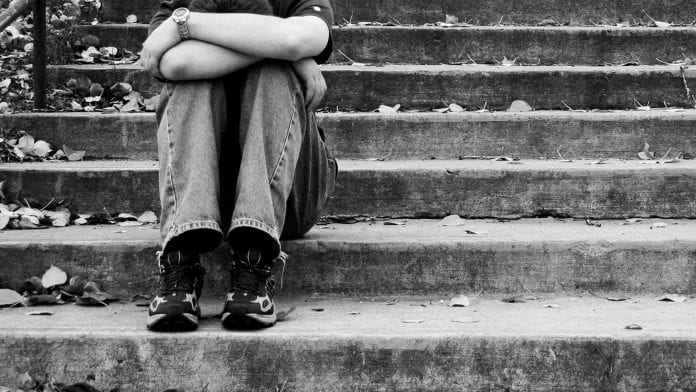 One of the most important sources of support for young people is the family context. Several family processes and structure have been associated with the risk of suicide. More than 50% of youth suicide cases have a family factor. Other factors that can influence a youth’s suicidal behavior include the presence of mental health disorders in family members, and the number of parents in the family is significant. Some families also suffer from multiple mental illnesses, which makes the risk for suicide even higher.

Another way to prevent youth suicide is to provide help and support to young people who are struggling. A hotline is available 24 hours a day and is completely confidential. A campaign is being conducted to encourage young people to call for help. The slogan, “We can’t do it alone,” encourages youth to talk to others, and uses first-person accounts to show the importance of reaching out for help. This campaign has been effective in promoting the idea of seeking assistance from a loved one. It also includes a theatrical performance and a statewide public education campaign.

The CDC’s Youth Risk Behavioral Surveillance System contains information on suicide among youth. The data are based on national, state, and local samples. It aims to monitor the prevalence of health risks in youth. These include unhealthy lifestyles, exposure to positive role models, and the availability of means for suicide. The CDC and other health organizations also have resources for families. You can also get more detailed information about youth suicide by visiting the CDC website.

The risk factors associated with youth suicide are largely related to mental health issues, such as depression or other psychological problems. However, there are also other factors that may influence the risk of suicide. In addition to mental disorders, a family’s history of mental illness is another risk factor. If a family member has a history of suicide, it may also be a factor. These are all things to consider when preventing youth suicide. There are many ways to reduce the risk of suicide and prevent youth suicide.

There are many factors that contribute to youth suicide. Some of these are genetics and family processes. For example, poor communication with parents can lead to an increased risk of youth suicide. Indirect conflicts with parents can lead to severe emotional and social problems in youth. Violence in the home is another factor that can contribute to suicide among youth. This type of violence is often the result of a family infighting. If these stressors occur at home, the chances of suicide increase for these factors.

The causes of youth suicide are complicated. It is important to consider the causes of the behavior. Some factors can trigger a child’s depression or even lead to a complete suicide. Various studies have found that there are many different factors that cause youth to commit suicide. The best way to prevent this is to prevent it from happening. Using the right strategies will help you avoid a life without worries. If you want to live with your partner for a long time, you will want to be sure that your family is strong and supportive.

A key prevention strategy involves the establishment of a Suicide Prevention Hotline. This is a confidential line that can be used to speak with a friend or relative who has attempted suicide. In addition, you should know that suicide is rarely the result of an individual’s decision. Rather, it is a result of the environment the young person lives in. But if the cause of the suicide is mental, the consequences are usually far greater.

Another major cause of youth suicide is poor communication in the family. This may be a direct conflict between parents and their children. Moreover, a lack of trust and communication between family members are other main factors that increase the risk of youth suicide. It is important to keep in mind that violence at home can lead to a suicide attempt. It can result in severe psychological consequences. In many cases, a young person may end their life by taking his or her own life.