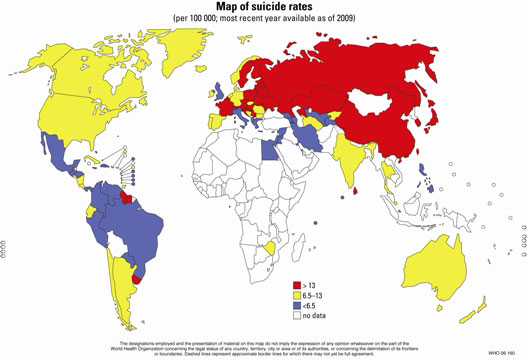 A young person intentionally ending their life is called youth suicide. They are generally considered young when they are under the legal age of majority. Rates of youth suicide are high in Western societies and many other countries. This article explores the causes of youth suicide and ways to prevent it. We also highlight some of the preventable behaviors that can make suicide more likely to happen. These are just a few. Let’s examine each one of them to understand why they happen.

One of the most common causes of youth suicide is family dysfunction. Many of these suicides result from poor communication within the family, both between parents and the child. Lack of communication and direct conflicts with parents can have a significant impact on a young person’s development. Additionally, violence in the family is a common background of suicide in youth. This can be a sign of an underlying problem or a way of dealing with conflict between parents and siblings.

Symptoms of youth suicide include changes in personality and behavior. A child who is depressed may be sad, withdrawn, irritable, and tired. A depressed child may begin giving away important possessions, such as their favorite toys, or may lose interest in activities they once loved. Other symptoms include an increased level of irritability or a sense of hopelessness. Another common symptom of depression is a desire to harm others.

Oftentimes, the cause of youth suicide cannot be pinpointed, but many factors are associated with it. Research indicates that adolescents who experience a suicide attempt are drifting or have problems at school. While suicide is often an individual decision, the consequences are often far greater. When a person feels alone and unable to cope, it’s easy to feel like there is no one to turn to. However, there are signs of a suicide attempt that are not easily traceable to a single individual.

While the rate of teen suicide has been rising for many years, the cause of the recent increase remains unknown. CDC data show that the COVID-19 pandemic has had a marked effect on youth suicide. During the last thirty days before the survey, 75% of respondents in the 18-24 age range reported adverse mental health symptoms, and nearly twenty-four percent of them had seriously considered suicide. Researchers are looking into what caused the rise in suicide rates in youth.

If you have concerns about a teen’s self-harm, do not ignore their warning signs. Seek medical attention immediately and get in touch with a trained counselor. A doctor will want to speak with the teen and their family. In addition to their medical records, the doctor will want to discuss the circumstances surrounding the teen’s self-harm attempt. You may be surprised to learn that it’s not inherited and can be treated.

While suicide in young people is relatively rare in childhood, the number of young people attempting suicide steadily increases throughout adolescence. As a result, youth suicide ranks as one of the leading causes of death among young people around the world. Suicide is caused by a complex interplay of social, biological, and psychological factors. Despite this, increased knowledge of the causes of youth suicide has led to effective prevention strategies. Listed below are some of the preventative measures that can be used to reduce the incidence of youth suicide.

Suicide is also linked to impulsivity. While a suicide attempt may occur impulsively, the process from ideation to action can take months, years, or even decades. Young people who attempt suicide often experience a sudden and impulsive transition from suicidal ideation to attempt. This rapid and fatal transition is caused by a number of factors, including difficulty managing emotions and mood fluctuations. Research has shown that bio-neurological factors contribute to the risk of youth suicide. A young person’s poor problem-solving skills may also be a factor in the suicide of a youth.

Although there are several factors that may contribute to the risk of suicide, the majority of adolescents who attempt suicide are not depressed. Some youth who attempt suicide are also at high risk for mental health issues, and it is essential to remember that these teens don’t necessarily need to be depressed. Identifying these warning signs can help you prevent teen suicide and prevent it from happening to someone you care about. You can help prevent youth suicide by empowering the people in your life and providing the necessary resources to help the youth.

Suicide rates vary greatly by region. 80% of suicides occur in low-income countries. In South-East Asia, the rate of suicide was 15.6 per 100,000 inhabitants. By contrast, in Eastern Europe, the rate was 5.6 per 100,000. In fact, suicide rates in the eastern Mediterranean region were about ten times higher than the average rate for European youths. And in New York, Connecticut, and New Jersey had the lowest rates. These are alarming trends that should be addressed.