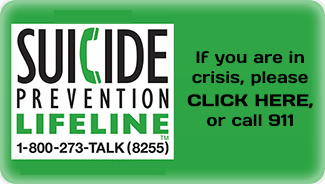 Youth suicide is when a young person intentionally ends their own life. This type of suicide is generally considered to be a form of self-harm and is particularly common in Western societies. The rate of youth suicide in the US, Canada, and other countries is alarmingly high. This article will highlight some of the causes and preventative measures for youth suicide. If you or a friend are interested in learning more, read on! But please be aware that there are many factors to consider.

Many risk factors are associated with important life events, including loss of a parent, divorce, or significant other. However, some events are more commonly linked to youth suicide than others. For example, a young person’s peer group and the development of new intimate relationships are important factors in preventing suicide. Loss of these relationships is common among young people, and one in five suicide cases involves interpersonal losses. Other important life events that may be risk factors include family and school stressors.

Poor communication within a family is a key factor in many youth suicide cases. This can include poor communication within the child’s family and between family members. Direct conflicts with parents can have a major impact. Similarly, the existence of violence at home, particularly in the context of violence, can make a person more likely to commit suicide. The school should be aware of the situation and offer support if necessary. A person should be able to speak freely about his feelings to an objective person, whether a friend or family member.

Suicidal teens should seek medical attention if they are considering suicide. Their medical condition and history of mental illness may be a significant risk factor. They should be closely monitored by an adult. Mental health professionals are often available to help adolescents and adults with these issues. If a teen tells a trusted adult that he or she has suicidal thoughts, the school should take them to a mental health professional for an assessment.

Suicidal thoughts and attempts are common among young people, and many people consider them overblown. If you suspect your child is suffering from a mental illness or suicidal feelings, do not dismiss their warning signs as an overblown cry. While these warning signs are not necessarily indicative of an imminent suicide attempt, they can help you prevent this tragic outcome. A child suffering from a mental health problem will not attempt suicide if they are surrounded by family members who understand their situation.

Suicidal teens may look depressed but may mask their problem with excessive energy. Uncharacteristic agitation, restlessness, or aggression can also be a warning sign of a suicide attempt. Teens with low self-esteem and other self-deprecating remarks should be taken seriously. In addition, a previous attempt at suicide is a loud cry for help. The best way to prevent youth suicide is to educate people about the various factors that contribute to suicidal behaviors.

Suicide among youth is increasing. The CDC released new data on the impact of the COVID-19 pandemic on mental health in young Americans. A separate report suggested that the rate of youth suicide increased during the recession in late 2007 and continues to rise. There are a number of possible causes for this increasing trend, including social issues, racial disparities, and a lack of resources for youth. So, what are some of the causes of youth suicide?

A recent survey found that nearly one in five adolescents in the US seriously considered suicide during the past 12 months. This figure doesn’t include youth who have dropped out of school. It was difficult to measure how much of a difference the CDC study made in this statistic, as a result of the many social and educational factors that contributed to the rising rates of youth suicide. But the survey did suggest that suicide is a preventable illness. In addition to a higher rate of youth suicide, it is also a more prevalent and deadly cause of death than any other cause.

Despite the rise in youth suicide, prevention of this mental health problem is largely an in-depth process. The first step to preventing suicide in youth is recognizing the warning signs. For this, parents should take a look at their own children’s mental health and develop healthy coping mechanisms. And, as much as possible, they should seek medical attention if they suspect their child may be struggling. Even if the child isn’t ready to seek help, the stigma surrounding youth suicide can make them reluctant to speak up.